It is commonly held that as one gets older, one becomes more right wing. I don't know if it's just because I am contrary, but my experience has been the exact opposite. Whilst I have always been a lefty, I am become more so as I age. It is only just recently that my age begins with a '4' and coincidentally I now have become a father and thus, no doubt I should be becoming a deeper blue, but I am really not.

My most recent reflections have been driven by reading this excellent book: The Secret Barrister, Stories of the Law and How it's Broken. The author beautifully outlines our criminal justice system and all that it can and should be. He also tells the truth about how it is crumbling and falling apart. The truth is that no system is perfect but chronic underfunding will always risk systemic failure. The problem is that the system was chronically underfunded until 2010. Since 2010 it has faced literally massive cuts. The political expediency of this is obvious; it goes largely unseen by the public-at-large but the real world consequences are terrible.

I find myself intrigued and dismayed by the banality of evil. This is not a novel observation but I do think it a crucial one. My favourite best/worst example of this comes from Apartheid South Africa.

The mind-boggling level of bureucratic racism meant that even prisoners' diet was determined by their skin colour. The picture below comes from my visit to Robben Island 15 years ago. This is a blown up ration card showing the allocations to 'coloured' prisoners and black inmates. Somehow the system had decided that the racial differences meant that the nutritional needs of non-whites were by gradations less that the white man's and hence by the simple banality of this pseudo-science, Black prisoners faced malnourishment. 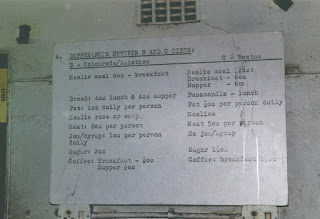 In a similar way, I think it entirely accurate to describe the cuts to the criminal justice system since 2010 as evil. I do not use that word lightly nor do I wish to accuse or decry individuals whose politics I profoundly disagree with. What I am driving at here is the disconnect from the thought of 'we need to save the taxpayer some money and not spend as much on legal aid or Crown Court proceedings. which in and of itself is quite inoffensive but the huge consequences to real people at the sharp-end of these decisions are terrible.

I just want to note here, the vital truth that austerity was always terrible economic policy and has completely failed in its own terms. The notion that these cuts were anything but a choice is actually as ridiculous as it is commonly believed.

In my own area of healthcare, I so often see the effects of constant scrimping and the myth of efficiencies that will somehow ensure that we can continue to do more and more with less and less. Just to deal with the strawman here - of course all systems have efficiency issues and I have no problem with honest drives to improve things. However what I have seen in my professional life is that ultimately it is the quality of care that suffers from inadequate resources; all healthcare professionals I know would tell you that they are not delivering the level of care that they want to or think they should because it is simply impossible with the resources we have. There is also a point where certain kinds of cuts and 'savings' end up costing more. The simplest example of this (that I have seen countless times) is due to the fact that hospitals have no spare capacity. Bed occupancy rates are too high in winter, and as a consequence there are no beds for elective surgical patients. So the cost saving is in not having the number of nursing staff needed to have more beds. But the cost is often that an operating theatre goes unused for half a day or more. That's usually two surgeons, an anaesthetist or two, a scrub team and an anaesthetic nurse who cannot do the work they're paid for. Between 6 and 10 people who are being paid to drink coffee and generally be annoyed that they can't just do their jobs.

There is no doubt that cuts to legal aid often have similar effects. There are plenty of tales of Crown Court workings grinding to a halt because of the huge issues caused by a defendant with no legal experience defending themselves because they cannot afford legal representation.

What the Secret Barrister tells is the real life consequences of how an under-resourced system fails victims of crime in a myriad of ways. It is also a system that fails the accused. The state has a duty of care to the guilty which it is nowhere near meeting. And the creaky system definitely risks failing the innocent defendant.

Which brings me back to my point about the banality of evil. This creaking system is a machine that chews up and spits out real people - often the most vulnerable of our society. The cost is measured in the damage to people's lives. The political decision to save what actually amounts to quite small amounts of money for a nation state has implications for real people at the sharp end that are literally life-changing and unjust.

This is why for me, politics is always, inescapably, a moral pursuit. I do not claim to have all the answers or even some of them, to be honest, but I am very suspicious of a political philosophy that is so careless of the consequences.

Why am I becoming more left-wing? Well, when you look at where right-of-centre thinking is at right now, it is failing of every front: Economically, austerity is not just wrong, it was - and is - the opposite of good policy; on health, our NHS has rarely faced more challenging times whilst a look at the US shows the dangers of abandoning this system; endless attacks on 'red-tape' led to Grenfell; Punitive strategies for immigration caused Windrush. I could go on and on but the truth is the same. All political questions are moral ones. The consequences of decisions are lived out in real people's lives and subsuming the interests of individuals to a political philosophy that leaves a trail of destruction makes me ever more convinced that the right-of-centre framework is inherently flawed. That's not to say that left-of-centre is blameless or flawless but as I outlined here, there is a reason why I hold to this worldview and how my main question with any policy position is 'what is the real-world effect?'

The Secret Barrister has simply outlined how in the area of Criminal Justice this kind of approach that knows the cost of everything but the value of nothing - that seeks to do everything on the cheap - leaves us with a Criminal Justice System that is certainly not just and only barely meets the definition of a 'system.' Thus what you're left with is simply criminal.

AFZ
Posted by alienfromzog at 1:48 pm No comments: 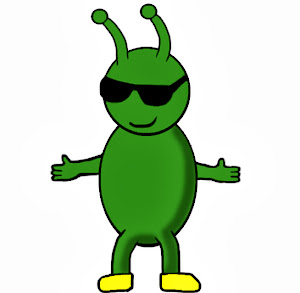